Sex Fantasy or Desire? Here’s How to Know the Difference

Sex fantasy or desire? If you’re wondering, “aren’t all sexual fantasies ultimately sexual desires?”. No, not necessarily.  We often use these terms interchangeably but they actually mean very different things.

What is a sexual fantasy?

A fantasy is something that lives in our head. It is created through our imagination, we can imagine it in great detail and replay it over and over, but it may never come to life. Almost everyone (97-98%) reports having sexual fantasies, and having them often (Davidson, 1985; Lehmiller, 2018; Pelletier & Herold, 1988).

In fantasy, anything is possible. We are free to explore any possibility free of rules, consequences, financial limitations, body limitations. Many of us have a whole list of sexual fantasies, but they’re not all things we want to try IRL.

What is a sexual desire?

A desire is something that we want to happen in real life. Where a sex fantasy is only hypothetical, a sex desire has an intention behind it to bring it to life.

In our mind, we can control the narrative of the fantasy but in the real world, there is no guarantee that we can control what will happen. We also have limitations that don’t exist in fantasy so we have to be more realistic about what’s possible in our own sex life.

Sex researcher Justin Lehmiller undertook the largest and most comprehensive scientific survey of Americans’ sexual fantasies for his book, ‘Tell Me What You Want’. The two-year study involved more than 4,000 Americans and offers a look into our fantasy worlds and what they reveal about us.

Lehmiller found that 79% of respondents want to act on their favorite fantasy of all time in the future, but only 23.4% report having actually acted one out.

He explains, “not all fantasies can or should be acted upon, and it’s perfectly fine if you don’t want to act on yours.”

Why is this important?

People often feel guilty about their sexual fantasies, especially those that are not socially acceptable and that they wouldn’t wish to carry out in real life. We worry that what we fantasize about means something about us as a person or what we really want.

But, we shouldn’t feel bad about what our imaginations create. We don’t worry about that when we watch a fantasy movie, but with sexual fantasies we think there must be a moral outcome.

You may have a fantasy about having sex with someone who is not your partner but if you’re just imagining what it would be like and you never act on it, that’s not cheating or emotional infidelity.

There are also a lot of people who identify as feminists and believe that they shouldn’t have fantasies that are degrading to women, yet often fantasise about being called a slut or being dominated. In fact, 93% of women have fantasized about being sexually dominated (Lehmiller).

The key is to recognize that fantasies don’t need to mean anything or comment on aspects of our identity. They allow us to explore other aspects of ourselves without commitment. If we can recognise our sexual fantasies as just fantasy, and speak about them more openly, we can contribute to a more liberated, sex positive society.

“We know, in theory, that other people must have fantasies a little like our own, but it’s hard to hold on to this belief in practice. […] To be less lonely with our desires and more able to believe in our own normality, it helps to be able to lay eyes on concrete evidence of some otherwise extremely nice, intelligent and dignified people who happen also to harbour a selection of deeply unmentionable sexual desires.” – The School of Life

Of course, if you fantasize about anything that is particularly dangerous or illegal, it’s always advised to speak to a professional about it.

How to discover your own sexual fantasies

If you haven’t discovered your own sexual fantasies yet, there are a few ways you cans tap into your imagination to uncover them.

4 – Try writing your own erotica. Give yourself lots of time to think and dream about different scenarios before starting. What themes keep coming up? What do you want to write about?

Also, if these prompts don’t do anything for you, don’t worry. New fantasies can pop up at random times when you least expect it.

So, how do you work out if it’s a fantasy or desire? The most important step is to simply bring your fantasy into context and think about doing it in your everyday life. Does it still seem exciting? Or does it fill you with dread?

Here are some popular fantasies alongside how to get started with bringing the fantasy to life, or not.

The most common fantasies are threesomes (Lehmiller). But how do you know if it’s something you actually want to do or not? Well, there are ways that you can still experiment and engage with the fantasy without actually acting it out. 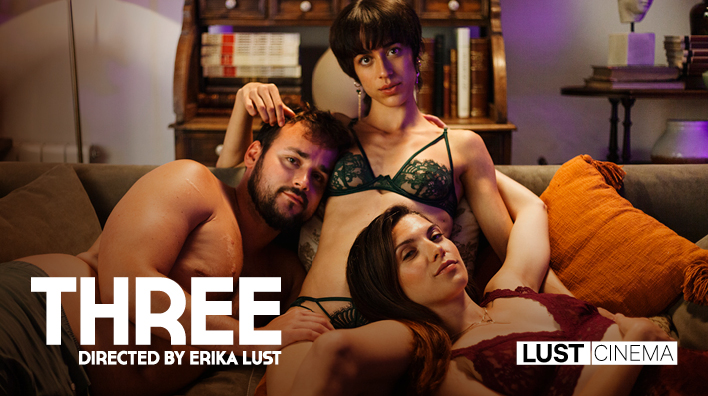 Do you daydream about bondage and being tied up? For the person being tied up, there can be something incredibly hot about handing over complete control. But before trying it, it’s important to think about what it is that you want from the experience.

So ask yourself, why do you want to be tied up? Is it because you:

For example, if you want to try bondage because you love the feel of rope on your skin, you could try it alone first. But if you want to do it to relinquish control, then it’s time to rope in (😉) a trusted partner.

Gang bangs and group sex are a common fantasy. A 2017 study in Archives of Sexual Behavior found that 64% of participants had some interest in multi-partner sex. Yet despite their popularity, they’re still heavily stigmatized. Especially when it’s a woman who wants to have sex with multiple men at once.

Fantasizing is a normal and fun part of life. Some sexual fantasies may be hot only as fantasies and others may turn into a sexual desire. But regardless of whether your fantasy becomes a real life desire or not, there’s no reason to stop fantasizing.

60% of women are dissatisfied with their sex lives. We’re on a mission to change that.

What if you didn’t have to search to find a body that looks like yours, a sex act that turns you on, or a guided exercise that helps you tell your partner exactly what you’ve been craving?

What if YOUR pleasure came first?